LG Electronics Mobile Communications Company (LG) is targeting to double its share of the Malaysian mobile phone market to 10% this year from 5% in 2006 on the back of new models of its Black Label series.

Bo said LG was confident that its two latest models in the Black Label series, LG Shine KE970 and the PRADA Phone, would receive similar demand from users in Malaysia once they were launched here next month.

Its Chocolate phone model is the first of its premium Black Label series. Since its launch in Malaysia last year, the LG Chocolate model has been the company’s bestseller.

Speaking at a media briefing in Seoul on March 7, Bo said the price for the two new models had yet to be finalised, adding that it would be based on customers’ affordability and competitors’ prices.

The media briefing was held in conjunction with LG’s press tour in Seoul themed “Shining Moments with LG”, during which 70 journalists from 12 countries in Asia, the Middle East and Africa were given a firsthand look at new products and technologies at LG. 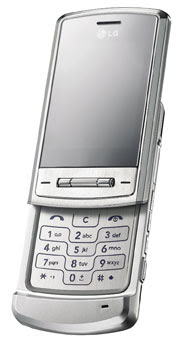 “We will actively market our premium products in Malaysia where there is a huge demand for them.

“We will also discuss with the operators who successfully secure the WiMax licences from the government on the possibility of supplying products for that segment,” he said.

LG executive vice president of overseas sales and marketing division Bae Jae Hoon said Asia, the Middle East and Africa were vital to its long term strategy of becoming one of the top three mobile phone companies in the world by 2010.

“We expect these markets to grow at double digit rates annually and we will continue to invest resources to increase our competitive advantage and double our market share by 2010 in these regions,” he said.

LG is targeting to sell 78 million units of mobile phones globally this year, including more than 13.5 million GSM units in Asia, the Middle East and Africa, representing a 113% increase from last year.

LG vice president of marketing strategy team Chang Ma said as the second handset in the Black Label series, there would be comparisons between Shine and Chocolate that was the phone of 2006.

“While Chocolate undoubtedly established LG as a force in the design-led mobile sector, Shine offers a completely unique proposition, appealing to a wider audience with a different aesthetic and technological attraction,” he said.

The PRADA Phone, a product made in collaboration with the international fashion designer was also expected to garner a niche market, said Chang.

He added that the PRADA Phone was the world’s first to deploy full touch screen interface.-The Edge

Previous article
Govt must implement WiMax spectrum now, says Intel
Next article
MCMC acts on 11 mobile content services providers
Kugan
Kugan is the co-founder of MalaysianWireless. He has been observing the mobile industry since 2003. Connect with him on Twitter: @scamboy