An MCMC workforce has been set up to solve the issue on the interference of Measat-3‘s downlink transponder(frequencies ranging from 3.4Ghz to 4.2 Ghz) with the 3.5Ghz spectrum. 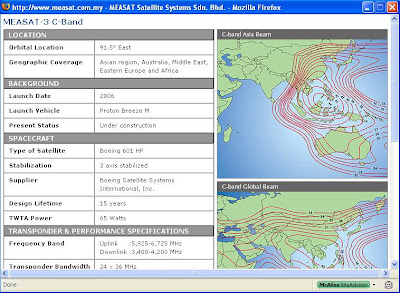 Theedgedaily reported that the MCMC’s working group is expected to submit its recommendations by the end of the week.

Four days ago, NasionCom has raised its concerned over the Government’s plan to revoke the 3.5Ghz licenses. On the same day, Screenshots reported that TM and Maxis MIGHT use the 2.5Ghz to compete with the current 2.3Ghz WiMAX operators.