Asiaspace Sdn Bhd, one of the four WiMax licence winners, will use all the 82 telecommunications towers that it has installed in the country to offer wireless broadband access in Peninsular Malaysia by year-end.

Chairman Datuk Abdul Ghani Abdullah(pict.) told StarBiz: “We intend to roll out the services both in the rural areas and urban centres, and having the towers in place is advantageous to our roll-out plan.”

“We are taking steps to speed up the process so we can offer services by year-end in some areas.”

Established five years ago, Asiaspace was appointed by the Government to build telecommunications towers for cellular companies under the sharing of infrastructure concept. 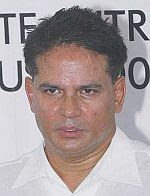 While it will start with the towers as its network infrastructure for its WiMax 2.3GHz offering, Asiaspace also intends to ride on the existing fibre-optic networks to offer wireless broadband access.

Ghani said Asiaspace would work with any company to meet fibre-optic infrastructure requirements.

Companies such as Time dotCom Bhd, Telekom Malaysia Bhd and Fiberail have planted vast tracks of fibre optics; even cellular companies such as Maxis Communications Bhd and DiGi.Com Bhd have their own fibre networks.

Ghani added: “We will follow our plans submitted to the Malaysian Communications and Multimedia Commission, which outline in detail our network roll-out and how we want to reach out in terms of sales and marketing as we have identified our target market.”

He declined to elaborate on the business and network plans, merely saying that these would be unveiled in due time.

“We at Asiaspace will try to make our service offerings as cheap as possible,” he said.

On the funding to build the network to offer wireless broadband access, he said: “We will have to raise the money to fund the roll-out and are in talks with several parties.” The peninsula-wide rollout could cost the company RM300mil to RM400mil depending on the speed, coverage and quality.

Previous article
3G Application & Wimax Summit
Next article
LG Prada powered by AMD?
Kugan
Kugan is the co-founder of MalaysianWireless. He has been observing the mobile industry since 2003. Connect with him on Twitter: @scamboy