iPhone gets green light from FCC in the US 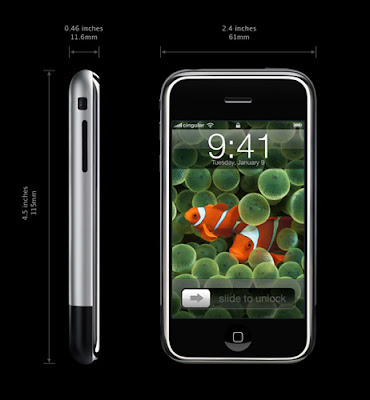 Apple’s long-awaited iPhone has been given the go-ahead by the US government in time for its rumored June launch.

The US Federal Communications Commission (FCC) has given Apple the thumbs-up and the device is now set for launch. While Apple has kept the exact launch date of its first mobile close to its chest, it’s widely believed to be some time in late June.

The FCC typically tests new devices to the market for various factors including SAR (specific absorption rate)—how much radiation is absorbed into the owner’s head–when the device is in use.

The FCC approval documents don’t, however, give away more details of the closely guarded iPhone: Apple has requested that details including pictures of the handheld device and its user guide remain under wraps for 45 days.

When the device does go on sale, it will be licensed exclusively to US operator Cingular at two prices, US$499 for a 4GB device and US$599 for its 8GB equivalent, although it’s not known whether Cingular intends to subsidize the device.

By the way, the iPhone might come to ASIA in the year 2008 and it probably take half year to come to Malaysia…;)

Previous article
DiGi and Green Packet might join forces
Next article
2.5 Million Mobile Phones targeted by Samsung Malaysia
Kugan
Kugan is the co-founder of MalaysianWireless. He has been observing the mobile industry since 2003. Connect with him on Twitter: @scamboy