Phone Database to be set up

Last week the MCMC has shown its interest in creating a database of stolen phones to combat mobile phone theft problem.

The MCMC plans to use the British Metropolitan Police experience, which implemented a similar database in 2002.

According to the Royal Malaysian Police, about 100,000 phones were reported stolen last year. There could be another 100,000 phones stolen which are not reported. 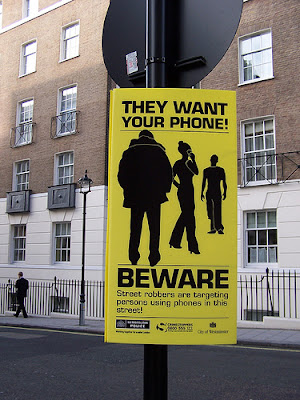 With this system, the mobile phone owner will have to register their mobile phone Imei code(can be retrieve by keying *#06#) with their phone number to the company or your network operator(Telco) that manages these database.

When you phone is stolen, you can report it to the company or telco that manages the phone database where your phone will be barred immediately.

Just the same as when you report your Sim Card is stolen, your stolen phone cannot be use on any telcos(DiGi, Maxis, Celcom) with or without its original sim card.

Of course if the thieve lives in overseas then he/she will be able to use the the stolen phone….;)

The MCMC and the industry should also raise awareness and encourage people to report their phone stolen.

Have you lost a phone before? Do you support this move?

Previous articleNasion Com’s founder claims trial to 3 charges
Next articleAds: TM’s iTalk
Kugan
Kugan is the founder of MalaysianWireless. He has been observing the mobile industry since 2003. Connect with him on Twitter: @scamboy