Global mobility leader Nokia and MiTV Corporation Sdn Bhd (MiTV) announced their collaboration to launch a commercial mobile broadcast TV service based on Digital Video Broadcast-Handheld (DVB-H) technology in Malaysia in the second half of 2007.

This recent tie-up with Nokia further demonstrates MiTV’s ongoing cooperation with industry leaders in preparation of its commercial 3G launch utilising the “018” prefix in Malaysia in the second half of 2007. The announcement today reinforces the new 3G entrant’s delivery of Malaysia’s first true mobile TV experience to the marketplace. 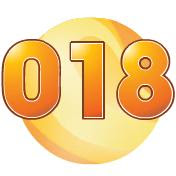 Dato IR Hj. Rosman bin Ridzwan, Chairman, MiTV Corporation said: “This latest collaboration with Nokia marks another important milestone in our preparation to launch our high speed mobile 3G service utilising the “018” prefix in the second half of this year. With strong industry players behind us in network infrastructure, coverage and other technologies, we are absolutely confident that we can deliver genuinely customer-driven products and services that we believe will bring the work-life balance back into their lives.

“With Nokia, this mobile TV experience utilising the latest DVB-H technology will be an important component in delivering this promise. Soon, MiTV’s 018 mobile TV customers will be able to watch the latest news, engage in music videos and documentaries or even catch their favourite TV series anywhere, anytime directly on their mobile devices, bringing them closer to the information and entertainment that they value most” he added.

Jawahar Kanjilal, Director, Multimedia Experiences, Nokia Multimedia Asia Pacific said: “We are delighted to be part of this great development in Malaysia with MiTV. This marks the beginning of exciting times in the Asia Pacific broadcasting industry, bringing digital television to consumers’ pockets and ushering in a new era of personal interactive entertainment. The Nokia N77 multimedia computer will be a key element of this consumer offering, and we look forward to the continuing development of broadcast mobile TV services in the region.”

Under the agreement, Nokia and MiTV are committed to implementing a true mobile TV experience based on an open DVB-H standard enabling viewers in Malaysia with an opportunity to watch DVD-like quality broadcast television ‘on the go’. With Nokia’s integrated DVB-H device the Nokia N77, the two organisations are confident of delivering a rich broadcast mobile TV solution for the enjoyment of MiTV’s 018 mobile TV customers.

Kenneth Chang, Executive Director, MiTV Networks said: “The experience will be unlike any other claimed mobile TV offerings currently available in the market. MiTV’s DVB-H service doesn’t rely on packet-based technology hence there’s no streaming and lag associated with it. You will be able to switch between channels instantaneously, and on top of that, the picture quality and reception will be better than any video streaming service available today. It will be totally revolutionary – a true mobile TV experience that we believe will delight our customers tremendously.”

Bill Chang, Country Director, Malaysia, Nokia Siemens Networks said: “We are excited to play a significant role in MiTV’s mobile entertainment strategy, through the deployment of this mobile TV service in Malaysia for the first time. This is also aligned to our vision of connecting 5 billion people globally by 2015, through broadband everywhere.”

DVB-H is a robust broadcast-to-mobile technology which provides excellent reception of the ordinary television broadcasting in digital format on mobile phones and television screens mounted on-board public and private means of transportation. DVB-H was chosen based on its merit to support mobility, efficient power management, and DVD-like quality audio and video services without disturbance.

MiTV Corporation Sdn Bhd, the most recent recipient of the high-speed IMT-2000 (UMTS/3G) spectrum assigned by the Malaysian Communications and Multimedia Commission (MCMC), will utilise the mobile number prefix “018” for its upcoming yet-to-be named mobile service planned for commercial launch in the second half of 2007. The service will be managed by MiTV Networks Sdn Bhd.

Previous articleDiGi is awarded at the 2007 Frost & Sullivan Asia Pacific ICT Awards
Next articleMacrokiosk denies spoofing
Kugan
Kugan is the founder of MalaysianWireless. He has been observing the mobile industry since 2003. Connect with him on Twitter: @scamboy