Saudi Telecom Company (STC) Tuesday announced that it will acquire a strategic 25 percent stake for US$3.05 billion in Maxis Communications Bhd in a deal that will enable it to penetrate the lucrative telecommunications markets in Malaysia, Indonesia and India. 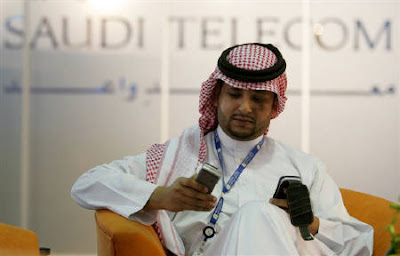 STC, which entered into an agreement to form a strategic partnership with Binariang GSM Sdn Bhd, called it a major step to expand beyond its home market.

Binariang is the principal shareholder of Maxis, the integrated telecommunications operator, and its subsidiary PT Natrindo Telepon Seluler (NTS).

Recently Maxis, owned by business tycoon Ananda Krishnan via his private company Usaha Tegas Sdn Bhd, announced that it will be taken private to be better placed to penetrate the markets in Indonesia and India.

To this end, Binariang GSM, an investment holding company affiliated with Usaha Tegas, launched a Voluntary General Offer for all of the shares of Maxis on May 24.

The VGO closed on June 22 with over 98 percent acceptance.

The Maxis Group has operations in Malaysia, Indonesia and India.

STC said the investment includes “participation in a US$900 million (US$1 = RM3.47) subordinated loan which will be underwritten equally by both STC and the existing shareholders of Binariang.”

STC, Saudi Arabia’s national telecommunications company which offers fixed, mobile, data and internet services, will participate in the recapitalisation and restructuring of Binariang which, under the terms of the current take-private offer, will hold 100 percent of Maxis.

It will invest together with the other shareholders of Binariang to fund the rapidly expanding international operations of Maxis in India and Indonesia.

On completion of the agreement, STC will have a 25 percent effective interest in Maxis and a 51 percent direct stake in NTS, Maxis’ subsidiary in Indonesia.

STC chairman Dr Muhammad bin Suliman Al-Jasser, was quoted as saying in the statement that “we will expand our footprint to over 1.4 billion people in countries where Saudi Arabia has already significant historical and current trading and other relationships.”

It will include some of the fastest growing telecommunications markets in the world, he added.

STC president Saud Al Daweesh said the “investment will enable us to achieve our stated objective of 10 percent of our revenue to be generated from external sources by 2010.”

Commenting on the announcement, Binariang chairman Raja Datuk Arshad Raja Tun Uda said: “This partnership with STC provides the opportunity to link Maxis, and its operations in Malaysia, India and Indonesia, to one of the largest and most reputable telecommunications operators in the Middle East in a mutually beneficial way.”

In 2006 STC generated US$9.01 billion in revenue and US$4.4 billion in EBITDA (earnings before interest, taxes, depreciation and amortisation).-Bernama

Related:
The interview with Maxis during the voluntary general offer period
Information about Saudi telecom company on Wikipedia

Previous article
Announcement: DiGi
Next article
Maxis Unlimited Data at RM99
Kugan
Kugan is the co-founder of MalaysianWireless. He has been observing the mobile industry since 2003. Connect with him on Twitter: @scamboy