Now it has been more than 2 years since 3G service has been launched. Maxis had some 380,000 3G customer as at April this year while Celcom has 270,000 3G customers. There are close to 23 million mobile users in the country.

Did 3G failed to take off? 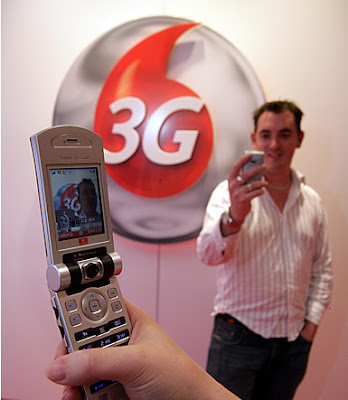 MiTV and Time was awarded 3G license on March 2006 last year. What has been happening?

It has been for some time since DiGi and Time being speculated toward a merger, but both companies has since denied a merger talk.

The latest, DiGi.Com Bhd was responding to the queries of Bursa Malaysia as “We are continuously assessing possibilities for strategic partnerships and business development and are at all times in discussions with various parties in the market to enhance our business.” DiGi also said that they are not in merger talk or has plans acquire a stake in Time dotCom.

Time dotCom in a separate statement to the queries of Bursa Malaysia said that they are not aware of any proposal by Khazanah Nasional to divest its stake to DiGi. Khazanah has a 30% direct interest and an indirect 39.9% stake via Time and the UEM Group.

Earlier, both UEM Group and Khazanah said they were open to the idea of reducing the stake or probably sell the 3G license due to the competitive 3G market in Malaysia.

We have heard that MiTV is launching its 3G soon. What about Time? Last heard, Time said that they will roll out 3G in a “most economical way” probably around next year.

On August last year, Time held an HSDPA demonstration at the Golden Triangle of Kuala Lumpur. They even invited the Minister of Energy, Water and Communications Datuk Seri Dr Lim Keng Yaik.

The Minister was quoted saying “I thank TIME dotCom for its strong commitment to the continued development of Malaysia’s communications and multimedia industry. With its extensive fibre trunk network, which is now complemented with 3G and HSDPA, TIME is in a prime position to be a key player in the industry.”

A detailed business plan on deploying the 3G services was submitted by Time to MCMC last year. What happened to it? Is Time dotCom working on 3G as planned?

After more then a year now, it clearly shows that the MCMC had made a wrong decision by giving the 3G license to the wrong company.

3G on the right hands?

There were hundred thousands of question in my mind when MiTV decided to utilize the current Celcom’s 3G network. THEY SHOULD HAVE BEEN GIVEN A MNVO LICENSE. Last heard, Asia Telecoms(A Mobile Virtual Network Operator) is also expected to ride on the Celcom 3G network.

There were MoUs(Memorandums of Understanding) signed between NasionCom Sdn. Bhd, REDtone Telecommunications Sdn. Bhd with MiTV Corporation Sdn. Bhd to become an MVNO last year. I guess those MoUs are now buried peacefully.

One thing for sure, the MCMC has always been right in what they do. Last checked, the interference between Measat-3 and 3.5Ghz(WiMAX) band is still not solve by MCMC. DiGi was denied a 3G license last year even though it had a better technical, financial and managerial capabilities compared to MiTV and Time dotCom. DiGi was also denied a WiMAX license when those licenses were given to new and small companies.

MCMC did a big mistake by not giving DiGi a 3G license. A second mistake for not awarding them the WiMAX license. Probably a third,fourth,fifth mistake that DiGi will never get a license in the future. It does sounds like MCMC is asking Telenor to exit the country or reduce their stake to 49%(with remaining shares of 30% must owned by bumiputras).

So who can be the HERO? Can it be Celcom? Can it be Maxis? MiTV? Time? or maybe Green Packet?

What can the Malaysian hope from the MCMC and Datuk Seri Dr. Lim Keng Yaik(KTAK)? Will the Government policies change?

Where is our industry heading? How can we move forward when we still have monopoly, or when the commission is not professional in awarding a spectrum, plus the telcos bad services, misleading advertisements and so on….

What do you think? Are you a 3G user?

Comments are most welcomed.

Previous article
IZZi iBurst Mobile Wireless Broadband
Next article
Celcom contributes 1,000 mobile phones
Kugan
Kugan is the co-founder of MalaysianWireless. He has been observing the mobile industry since 2003. Connect with him on Twitter: @scamboy