The system, based on Windows Mobile, makes driving more safer and comfortable.It takes in-car communication, information and entertainment to a new level.

Blue&Me works with most bluetooth enabled phone allowing you to make and receive call, without lifting up your mobile phone.

With its advance voice recognition system, you don’t need to train it, to make a call, just mention the person’s name on your contact list or or ask the system to dial a phone number, digit-by-digit. The system can also display(on the full color LCD) and read incoming messages out loud.

There are multi functional buttons on the steering wheel that allows access to the system features.

If you have an iPod or a thumdrive, full with music, you can plug in the device to the USB port to play music in the WMA, MP3 and WAV format.

There is also a GPS satellite navigation system which allows guided direction on the road, while driving.

Most current new and upcoming Fiat model has the Blue&Me system such as the Fiat Nuova 500. 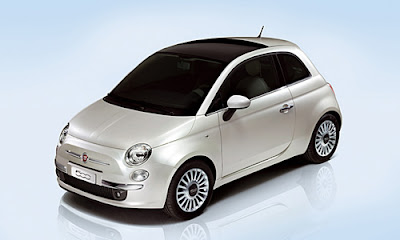 More features such as weather and traffic information, satellite positioning of the vehicle in the event of it being stolen, an SOS service, and lots of others are currently being developed.

Blue&Me has won several awards such as the “Excellence in Technology of the Year Award for European Automotive Telematics and Infotainment market” from Frost & Sullivan, the “Telematic Update of Detroit”, which recognised Blue&Me as the best telematics solution of the year and the “Eurostars 2006” prize from Automotive News Europe.

Blue&Me was unveiled at the 2007 Geneva Motor Show.

Has it arrived in Malaysia? What do you think?