iPhone to be launch in Britain and Germany 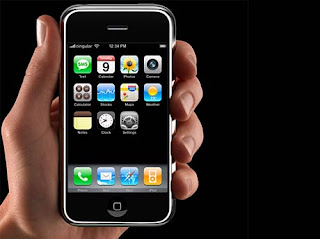 Latest news: The iPhone will soon be available in Britain and Germany according to Apple CEO Steve Jobs.

Both consumers in both country will get to buy the iPhone starting November 9.

Apple has chosen O2 to operate on the iPhone. The phone will cost £269 ($538) and comes with a 18 months contract.The O2 contract,ranges between $70 to $100 a month, includes unlimited use of what the operator calls the Britain’s largest public Wi-Fi network.

Consumers in Germany can own the iPhone for 399 euros ($553). It comes with a two year contract although no monthly subscription fees has been announced.

It is rumored that operators in France and Spain are currently in talks with Apple to launch iPhone in their respective countries.

Apple which released the iPhone locked to a particular mobile network that it benefits from has been hacked few weeks after it was launch in the US on June,29.

Although more than 1 million iPhone has been sold, shares of Apple Inc. has been effected and it angered early iPhone buyers when Apple slash the 8GB iPhone price from $599 to $399 in the US.

The iPhone comes without 3G and is known as an iPod with touch screen capabilities. It supports WiFi, EDGE and is able to store files up to 8GB.

Previous article
MiTV U Mobile Launched
Next article
Nokia E90
Kugan
Kugan is the co-founder of MalaysianWireless. He has been observing the mobile industry since 2003. Connect with him on Twitter: @scamboy