Later, this is what Celcom had on its website: 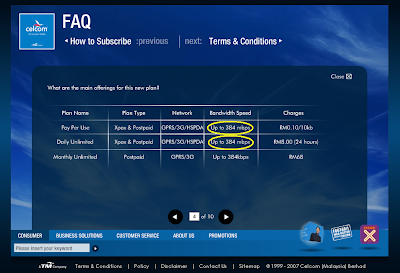 Today, you will see this:

Click image for larger view(Note: Its 384 kbps)
When asked about these errors, Celcom Senior Vice President for Marketing, Mr. Zalman Aefendy told me that they had some errors in the website but the Daily Unlimited Data Plan has a maximum speed of 384Kbps as stated on the current website.

As I am already confuse with their website, here is a another one. Below are the press release by Celcom(Note Second image) when they launched the Wireless Broadband service.(Click image for bigger view) 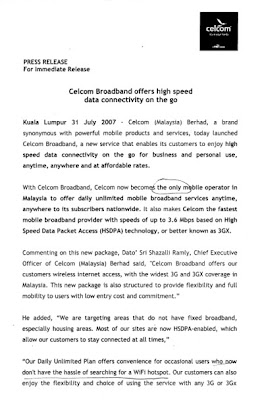 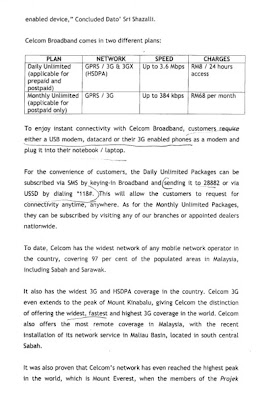 Related Articles to “Daily Unlimited Data Plan with speed up to 3.6Mbps”: