3.3 billion humans on Earth uses a mobile phone, that’s half of the global population 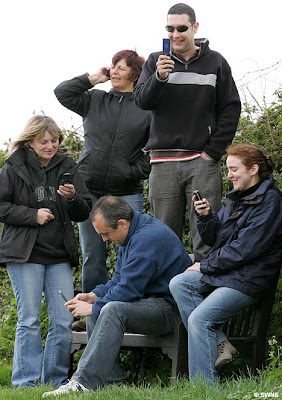 Since the first Nordic Mobile Telephony (NMT) networks were switched on in 1981 in Saudi Arabia, Sweden and Norway, mobile phones have become the consumer electronics sector with the largest volume of sales in the world.

“The mobile industry has constantly outperformed even the most optimistic forecasts for subscriber growth,” Mark Newman, head of research at Informa said in a statement.

“For children growing up today the issue is not whether they will get a mobile phone, it’s a question of when,” Newman said.

In recent years the industry has seen surging growth in outskirts of China and India, helped by constantly falling phone and call prices, with cellphone vendors already eyeing inroads into Africa’s countryside to keep up the growth.

The Nordic start for mobile telephony was the basis for the success stories of Finnish Nokia and Sweden’s Ericsson.

Fast growth in Asian wireless markets has since helped Korean Samsung Electronics and LG Electronics as well as China’s ZTE take their place among the top six cellphone vendors globally. 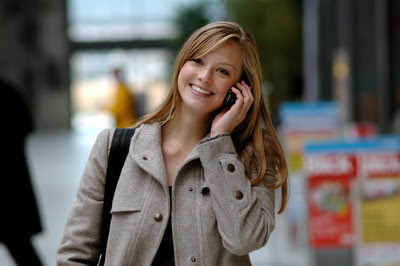 But although mobile subscriptions have reached the equivalent of 50 percent of the population, this does not mean that half the people in the world now have a mobile phone, since Informa said 59 countries have mobile penetration of over 100 percent — where some owners have more than one phone.

“The economic difference between the more mature markets and those in developing countries is highlighted by the vast differences in operators’ revenues per user,” Informa said.

Hutchison Whampoa’s 3 operation has an average revenue per user of just over $70 a month in Britain, while Hutchison’s Sri Lankan operator counts revenues of below $3 per user.

According to the International Programs Center of the U.S. Census Bureau, the total population of the world reached 6,634,294,193 on Thursday.

At the same time 2,571,563,279 people were using the most widely used mobile technology, GSM (Global System for Mobile communications), according to global trade body GSM Association.

Previous article
DiGi has access to 3G but it can’t use it, for now
Next article
New JARING Flite Wireless Offerings
Kugan
Kugan is the co-founder of MalaysianWireless. He has been observing the mobile industry since 2003. Connect with him on Twitter: @scamboy