For those of you who did not know, I asked Michael Lai about Ruums few months back when I interviewed him in this video.

Ruumz is expected to launch by the end of this year, which is like 4 months from now. Here’s what you get to know when you read Telco Talk Malaysia– Ruumz 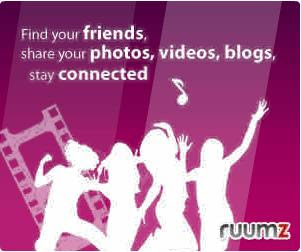 Ruumz is a social networking site from Packet One. Based on the current website that is being built right now, it is expected to offer photo, music downloads, mobile downloads, videos, movies, radios and personalized page.

As for now- http://www.ruumz.com is registered under Packet One Networks Sdn. Bhd and the domain will expire in January 2009. The site was created in January 2007 and updated in April 2008. In other words, Green Packet has been working on this project for some time. See here.

At this moment, Ruumz is on invitation basis only and it is in Beta. 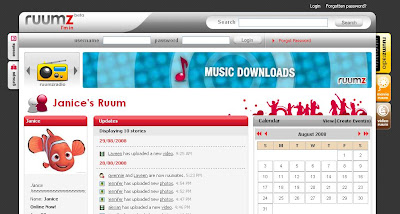 I am exited too see what Ruumz could do when it is launched. Finally, Malaysia could have a proper social networking site that could match the top ones in the world.

Previous article
Celcom Xpax
Next article
MNP is now avilable
Kugan
Kugan is the co-founder of MalaysianWireless. He has been observing the mobile industry since 2003. Connect with him on Twitter: @scamboy