Gosh! Celcom Network was down for about 3.5 hours yesterday. 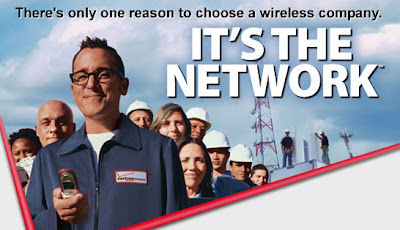 The problem seems to be similar to the one here, but this time…worst.

I was at GSC Signatures in The Gardens with Packet One(P1) yesterday to watch the movie Quantum of Solace (thanks P1, I watched the movie for the second time). I notice the Celcom network was down inside the cinema where Maxis and DiGi has coverage. An hour later, when I am out of the cinema, I could get the Celcom signal but I realize that I can’t make call or use other services. On top of that, the signal seems to be there and missing the next minute.

I was on the 3G network when I could make calls about 12.30am. The only good thing about this is that Celcom has manage to restore it’s network within 4 hours, as they had promised. But I did not expect the entire network to go down.

The main reason that I am on the Celcom network is because of it’s network coverage and reliability. I still remember during New Year Eve, 2 years back I was at Bukit Bintang when my friends who are on DiGi and Maxis network had problems in making calls while I had no problem with mine.

I dislike operators that leave their customers in dark when their network goes down. After the network has been restored, Celcom should immediately send out an SMS making an apology to their precious customers. Who can live without mobile services now days?

If this is going to happen frequently(about 5 times last year), then it is time to change operator, love you MNP!!!

Update 1: Celcom Broadband is down due to service failure since this morning about 1am. Service expected to resume tomorrow(16-Nov-08) about 12.30 am. Video Calls and data browsing including 3G and GPRS are affected.

Update 2: Celcom Broadband is still down. No official report but it is believed that the failure was caused by a “switch failure”. Technical team has extended the time frame to solve the problem about 10 times. Latest reports claims that the broadband network will be restored tomorrow(17-Nov-08) by 9am.

Previous article
Go Mobile 2008 is less than 10 days!!!
Next article
P2P: Yes or No?
Kugan
Kugan is the co-founder of MalaysianWireless. He has been observing the mobile industry since 2003. Connect with him on Twitter: @scamboy