Someone pose me a question on P2P (peer-to-peer), which some of it includes whether it is right for Internet Service Providers (ISPs) to block P2P applications in their network.

First of all, not all ISPs in Malaysia blocks P2P applications.

P1 claims that it does not block P2P applications in its network. 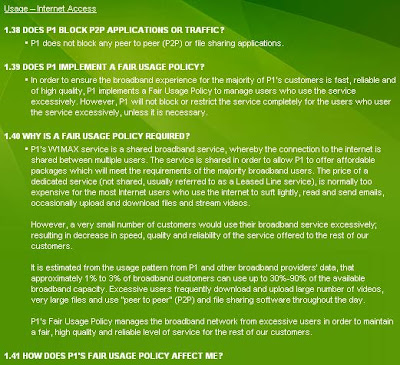 This is extremely true as I have tried using P2P on P1 WiMAX and the speed was more than 2Mbps. The P1 WiMAX modem that I have is currently on the 2.4Mbps package.

However, there is a 20GB data limit per month, which is more than enough for a normal Internet user. If you exceed this limit, you will experience slower speed and your account will be
given lower priority during peak hours or high traffic hours.

Maxis does not block P2P application but it does not guarantee ” a service level and/or connectivity to users of peer-to-peer or file sharing software/applications” -according to its Fair Usage Policy. It also does not allow downloading or uploading illegal contents in its network.

Although having such terms and conditions, most Maxis users has claimed that they could enjoy faster downloading on P2P after midnight till 6am everyday.

Maxis has a 3GB data limit per month.

Celcom has a 5GB data limit per month. Recently, Celcom has been aggressive in informing their new and current users about the 5GB limit via their ads on newspapers, IVR system(1111) and other channels during the past few months.

Celcom does not block P2P application but if the user exceeds the allowed data limit, they will start experiencing slower data speed as the table below:

The throttled speed takes effect immediately once the customer exceeds the 5GB data limit but data speed will return to normal on the following month. 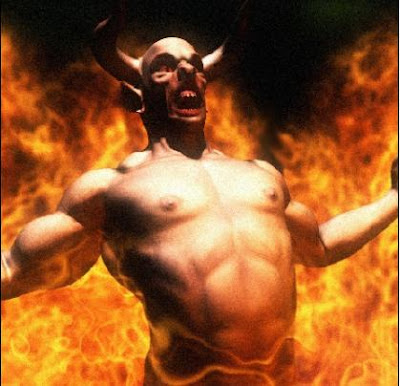 Not blocking P2P will only benefit certain users while most users will be effected by not getting speed they have paid for normal Internet usage.

I am not against P2P as I do use P2P sometimes but I have came across users that turns on their P2P application 24 hours a day using up as much bandwidth as they can but paying for a service that is on a shared basis.

It is wrong for ISPs like TM to block P2P on their network but nothing can be done because their subscriber has agreed on their terms and condition when they sign the Streamyx application form.

ISPs such as Maxis should not have such a limited data limit per month just because few percent of their users are hogging their data network after all the throttling methods they have use.

Few months back, P1 was said to be considering a P2P package for heavy users but I have heard nothing since then. I believe such move will allow better management of the network whereas normal users on the shared network gets to enjoy the speed they have paid for while those heavy users pays for the dedicated speed.

Another method that can be used is to charge users who exceeds the available bandwidth of the month. For an example, users can opt for a secondary package(example: RM20 for 5GB) if they exceed the allowed 20GB data limit of the month.

ISPs are having problem to manage heavy traffic from heavy users while normal users are affected by these heavy users who excessively use up the bandwidth.

It is believed that a normal Maxis Broadband user uses an average 15GB a month, however there has been no official report on this.

No subscribers wants a slow internet connection and no ISPs wants a heavy user on their shared internet network.

Soon, the Government will ensure that all broadband users will enjoy at least 70% of the speed they are paying for, 90% of the time.

Internet Providers should ensure that ALL user gets to the enjoy the speed they have paid for and manage their network more efficiently. Consumers should understand that they are using a shared Internet network which must be use fairly without impacting other users on the same network.

It is wrong to block P2P application in an Internet network but it won’t be wrong to manage excessive usage from an heavy user on a shared network.

Previous article
Celcom Network Goes Down (Update 2)
Next article
XOX to launch in weeks
Kugan
Kugan is the co-founder of MalaysianWireless. He has been observing the mobile industry since 2003. Connect with him on Twitter: @scamboy