DiGi is confused? Now at 50GB

All of you must have seen the comments here and here based on my previous blog post. 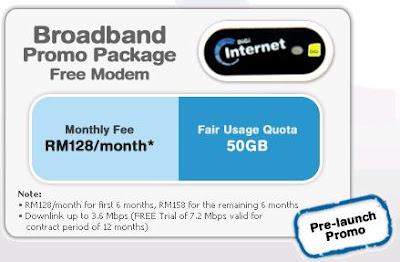 Surprisingly, DiGi has quietly increased the 10GB data limit to 50GB for its pre-launch packages. WOW….NOW!! I would say that DiGi is back on track.

I would have understand if DiGi said that there is a 10GB limit for users on 3G phones, but if you brand your service as DiGi Broadband, then your offering must match the other wireless ISPs out there regardless of the technology that you use.

The other change seems to be the speed. Users would be able to enjoy up to 7.2Mbps as a trial for 12 months during the contract period. But what happens after that(12 months) when the speed drops to 3.6Mbps, do I pay half price as well?

Anyway, Kudos! DiGi, if only the other service providers could have bigger ears such as yours, life as a consumer can be better.

Also, I don’t think users will be happy to enjoy crawling speed at 64Kbps once they hit the 50GB limit. I think at least DiGi should be allowing speed of up to 384Kbps since users are paying a hefty price (RM128/month for 6 months & RM158/month for the following 6 months) for a service that is not launched plus with a 12 months contract and limited coverage area for a mobile broadband service.

You can sign up for the the current promotion starting today(26-Feb-2009) till 28th February 2009 at SS2 DiGi Centre in Petaling Jaya.

2009-02-25
Kugan
Previous: Maxis to Bring iPhone to Malaysia?
Next: Have you ported your mobile number?