There are over 4 billion cellular subscriptions now with over a 100 million connections that are data enabled (EDGE/3G/HSDPA..etc…).

The number of connections on mobile phone networks has crossed the 4 billion mark worldwide, industry association GSMA said on Wednesday, forecasting further growth to 6 billion by 2013. 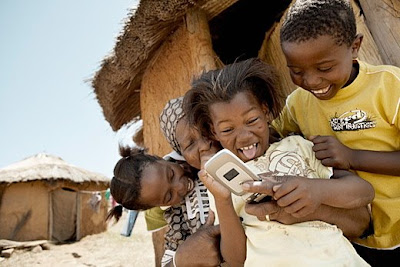 The number of connections does not translate directly into the number of users, however, because in many mature markets, one user may have two mobile phones, or a phone and a mobile data device, which would both count as two connections.

In Western Europe, about a fifth of connections are estimated to be due to one user having more than one device, a figure that probably applies to many developed markets, a GSMA spokesman said.

In developing countries, by contrast, phones are often shared.

In the run-up to the Mobile World Congress in Barcelona — the wireless industry’s biggest trade show which starts next Monday — the GSMA said some 100 million connections were “mobile broadband” connections. This refers to mobile data connections using the high-speed HSPA standard.

The figure reflects the popularity of “dongles” which connect laptops to the Internet via mobile phone networks, as well as phones with high-speed data connections made by Nokia or HTC or the latest version of Apple’s iPhone.

Note: There were over 3.3 billion mobile users in November 2007, read here.

Previous article
DiGi to launch 3G by March 2009
Next article
Questions: Mobile Contents in Malaysia
Kugan
Kugan is the co-founder of MalaysianWireless. He has been observing the mobile industry since 2003. Connect with him on Twitter: @scamboy