Isn’t it time you were part of something big? I had been experiencing a lot of drop calls on my Maxis mobile number over the past one month. I checked with a number of friends and most of them had the same problem. 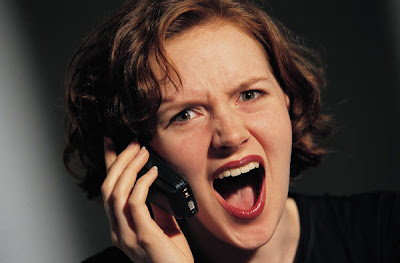 A friend of mine from a network equipment company told me recently that Maxis is upgrading their network, and this is a “major” one. I wonder why no announced was made to inform their customers about it. And when I say “Announcement”, I mean their responsibility to inform each of their customers directly(example via SMS) and not by placing an announcement on the website assuming over 11 million customers are visiting the site everyday and these customers has free broadband service.

And so, I never bothered to make a complaint to Maxis when I had these bad experience. Why? Check out this complaint from a Maxis customer that appeared on The Star Citizen’s Blog:

Being loyal to just one mobile service provider sounds naive but that’s just being me.

However I am now having second thoughts as I have tolerated Maxis for the final time. I have raised many complains before and the last incident that broke the camel’s back was when I complained to Maxis via they customer service helpline on 21st April 2009. I was informed that my complaint would be dealt with by their technicians within 7 days and will call back on their findings and possible rectifications. And as one would predict, no call came back to me. So, I called again on 29th April 2009, which was then the eighth day, and spoke to yet another customer service agent. I was told that my complaint would be put through once more, sigh! Another 7 days?

What was I complaining about? Well, the reception at my area, Pandan Mewah, Ampang, is rather unique. Even my mobile shows full bar reception and yet I cannot receive or call out (intermitent). And most of the time, the line gets cut off during a conversation. It also happend when I was complaining to the Maxis customer service agent last week. Finally the best part is, I am being charged for calls that I can’t get through, which there was a voice message telling me the number is unavailable. I didn’t realise that the longer I listen to the message, the more I was charged until I checked my itemised billing and noticed the various calls I have made to the same number for only a few seconds. All these years, Maxis has been charging me and also other customers for unreachable calls? I guess Maxis have been laughing all the way to the bank all these years and the joke is on us.