Here’s a screen shot on P1 WiMAX speed test. I was able to achieve a maximum speed of 8.8Mbps when tested on WiGGY during a P1 Live Demonstration in Johor Bahru (official story here). 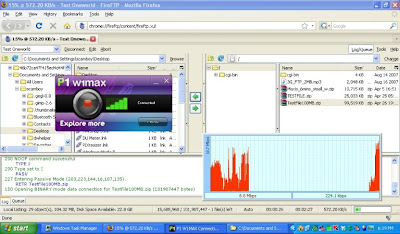 Of course the P1 guys could have done something by tweaking their network to ensure maximum speed, but theoretically the network is capable of achieving such speed on the P1 WiMAX network.

Hopefully Packet One could do better in optimizing their network and meet subscriber’s expectations.