Home / Devices / Blackberry Users: Information on your device could be at risk!

Blackberry Users: Information on your device could be at risk!

in Devices, General, Mobile & Network Security 25/07/2009 Comments Off on Blackberry Users: Information on your device could be at risk!

If you are using a Blackberry for work or personal reasons, you should be cautious on what you do with it. No matter if it is a software upgrade from your mobile operator. 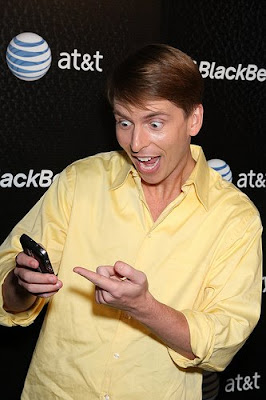 Recently, late June last month, United Arab Emirates’ largest telecommunications operator Etisalat told its 145,000 BlackBerry customers to “upgrade” the software on their Blackberry devices by downloading a program or a “patch” that Etisalat claimed would improve performance. However users who upgraded that patch said that it resulted the device’s battery to drain faster.

According to Nigel Gourlay, a Doha-based Sun-certified Java programmer, once the “patch”(surveillance application) is installed, it potentially gives Etisalat the power to view all emails and text messages sent from the BlackBerry.- Source

The maker of Blackberry, Research in Motion (RIM) Ltd in statement claims that it did not authorised the software installation.

Similar to what is happening to the Windows operating system, hackers are targeting popular mobile operating systems out there for financial reason. In this case, Blackberries are targeted as it involves business users where information stored on the device is critical to them or the company they are working with.

Blackberry including other popular operating system such as the one running on the iPhone, Android and Symbian will continue to be the target of hackers as long as it remains popular.

One simple precaution that users could take is to install a mobile antivirus software that includes a firewall.

Hopefully, the mobile operators in Malaysia who offers Blackberry including DiGi, Celcom & Maxis will not make the same mistake.

2009-07-25
Kugan
Previous: Prime Minister Najib Razak is asking Maxis to re-list on Bursa
Next: Streamyx is slow? It is the cable fault again