Cost of Making an iPhone 3G 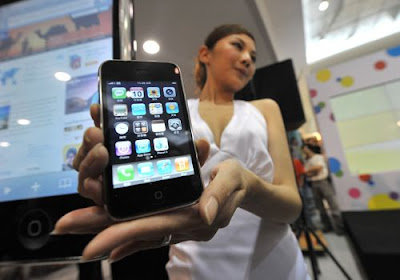 Since there are lots of talk going on regarding the iPhone 3GS, I decided to link this article called “Apple’s iPhone 3GS: What it costs to make“. After reading it, hopefully you may be able to predict on the price that Maxis will be offering for the iPhone 3GS.

Apple’s iPhone 3GS: What it costs to make

From the outside, nearly everything about Apple’s iPhone 3GS seems nearly identical to the iPhone 3G released last year. Even Apple’s TV ads make light of this fact: The phone looks the same as before, the company says, but it does so much more. Still, all the new features in Apple’s million-selling new phone have to come from somewhere, and there have been some important changes inside the new iPhone, according to an Apple iPhone 3GS teardown analysis by the market research firm iSuppli.

The company routinely takes apart popular consumer-electronic devices in order to determine the identities of key suppliers and also to estimate the costs of components. Last year a preliminary iSuppli analysis pegged the cost of the previous iPhone, the 3G, at $174.33. These estimates help financial analysts make better-educated guesses about the profit margins manufacturers make on each unit sold, though there are many costs that a teardown doesn’t address, such as software, research and development, and patent licensing costs.

Often the cost to assemble a new generation of a product is lower than it was for the previous generation. However, the 16-gigabyte iPhone 3GS actually costs slightly more to build than last year’s iPhone 3G—$178.96, a difference of $4.63. However, that is much lower than estimates for the first-generation iPhone, which pegged the cost at $220.

Previous article
Tune Talk might not be launching in July
Next article
Maxis iPhone 3GS Plans are out!
Kugan
Kugan is the co-founder of MalaysianWireless. He has been observing the mobile industry since 2003. Connect with him on Twitter: @scamboy