Maxis Plans for a $2 Billion Listing on Bursa 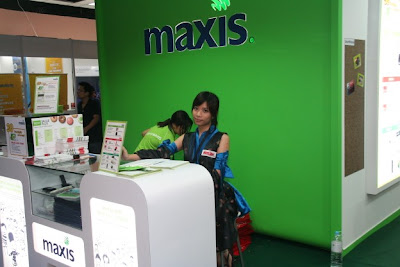 It may be true or may not be true but mobile operator Maxis, has chosen Goldman Sachs, Credit Suisse and CIMB to advise it on a planned $2 billion listing in Kuala Lumpur, two sources told Reuters.

In one the biggest listing in Southeast Asia in the last few years, Maxis’s public offering is likely to take place by the end of this year and the company may raise more than $2 billion by selling shares, sources told Reuters.

The plan comes as IPOs spring back to life in booming markets in Asia, led by China after new share offerings grinded to a halt last year due to the meltdown in markets.

“There is no announcement at this point. An announcement will be made at the appropriate time,” Catherine Leong, Maxis’ head of public relations, told Reuters.

“It will create some sort of excitement (in the stock market) because it was the darling of investors then and it had substantial foreign shareholdings too,” said Abdul Jalil Rasheed, head of equities at Aberdeen Asset Management’s (ADN.L: Quote, Profile, Research, Stock Buzz) Malaysia unit.

Goldman Sachs, Credit Suisse and CIMB declined to comment on the share sale plans. The sources declined to be identified because details of the deal are not public.

The Malaysian market is up 34 percent this year versus a 50 percent rise in Singapore’s main index .FTSTI.

Maxis was de-listed by reclusive tycoon Ananda Krishnan, who controls 75 percent of Maxis, in 2007. The rest is owned by state-owned Saudi Telecom Co Ltd 7010.SE.

Shares of Astro and Measat have surged 7.9 percent and 10 percent respectively since June 4 when market talk first emerged Maxis will be re-listed through an injection into one of the companies.

Previous article
8TV Mobile Site
Next article
Update 2: Maxis Plans for a $2 Billion Listing on Bursa
Kugan
Kugan is the co-founder of MalaysianWireless. He has been observing the mobile industry since 2003. Connect with him on Twitter: @scamboy