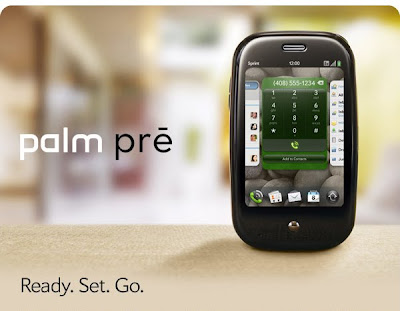 For the consumer market in Malaysia, Maxis has its iPhone while Celcom has big plans to offer Blackberry on a prepaid plan. Although DiGi has good tie-up with phone brands such as Samsung, Sony Ericsson and Nokia, it lacks a strong partnership with names that are making the buzz in the mobile industry right now such as the iPhone, Android, and Palm.

Celcom at the moment has a 52% market share for Blackberry in Malaysia while Maxis is the official carrier for Apple’s iPhone in the country with no specific numbers on how many devices where sold. DiGi on the other hand recently made partnership with Blackberry but only business packages where offered to its customers.

The partnership with Palm will allow DiGi to regain market share that it has been losing to Celcom and Maxis over the past one year.

Thanks to an update from reader Edwin, it seems DiGi’s average 3G speed on the phone is between 700Kbps-900Kbps. Hopefully DiGi will be able to launch its 3G service with the Palm Pre or at least sign a deal for the newly announced Palm Pixi.

P.s: Maxis could also be in talks for the Palm Pre

Previous article
iTalk IDD Promotion
Next article
Wireless Spectrum Allocations in Malaysia
Kugan
Kugan is the co-founder of MalaysianWireless. He has been observing the mobile industry since 2003. Connect with him on Twitter: @scamboy