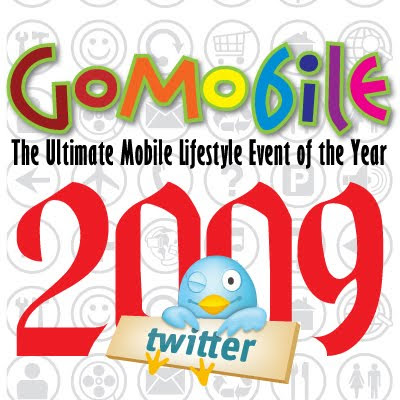 GoMobile 2009, the ultimate mobile lifestyle event of the year, will be held from 23 to 25 October, 2009 at KL Convention Centre. Mobile World, on behalf of GoMobile 2009 will be holding a Twitter contest with two great phones to be won!

The contest starts now and it will end on the third day of GoMobile 2009 EXPO on October 25. It is easy to participate, just answer this simple question: Why I love to GoMobile?

There are two categories to be won:

Category 1: The most creative answer to the question Why I love to GoMobile? wins a Palm Centro.

Category 2: The highest number of Tweets with the #gomobile09 tag wins a MOTOKRZR. If someone else re-tweets your tweet, it’ll be added to your total tweets

All your tweets will automatically qualify for both categories as long as it meets the terms and conditions below:

All you have to do is start tweeting now. See you at GoMobile 2009!

Previous article
Ministry directs SKMM to investigate, but no details on action
Next article
Adv: Rural areas troubled by slow connections
Kugan
Kugan is the co-founder of MalaysianWireless. He has been observing the mobile industry since 2003. Connect with him on Twitter: @scamboy