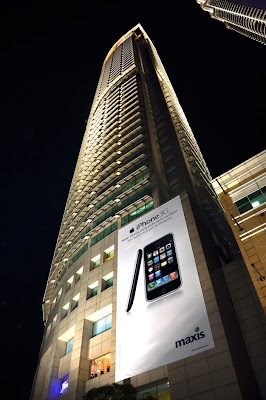 A debt level of 1.75 times to 2 times earnings before interest, tax, depreciation and amortization is “optimal” for Maxis Bhd., versus 1.1 times now, Chief Financial Officer Rossana Annizah Rashidi said in an interview in Singapore. Maxis Communications Bhd., the parent for which Rossana is also the CFO, plans to use the loan repayment and IPO proceeds from Kuala Lumpur-based Maxis to fund expansion in India and Indonesia.

“We felt it is more appropriate to have debt because we don’t want to have a lazy balance sheet,” Rossana said in a joint interview with Chief Executive Officer Sandip Das. The company plans to raise the debt within the next six to 12 months, she said today in a press conference in Kuala Lumpur.

Maxis Communications, taken private two years ago by billionaire T. Ananda Krishnan, is raising as much as $3.7 billion in the offering of its local unit next month. The sale would be more than double Petronas Gas Bhd.’s record Malaysian IPO in 1995. The shares are being sold as equity markets return to levels preceding Lehman Brothers Holdings Inc.’s bankruptcy.

“The company is positioned for growth,” Das said. “In some parts of Malaysia, such as Sabah and Sarawak, the penetration rate is very low, at under 40 percent, offering enormous growth potential.”

Previous article
New U Broadband Plans
Next article
P1 WiMAX Potong Campaign could be in trouble
Kugan
Kugan is the co-founder of MalaysianWireless. He has been observing the mobile industry since 2003. Connect with him on Twitter: @scamboy