Mobile Broadband is not for Everyone

In my opinion, the mobile Internet operators are not doing enough in educating consumers when it comes to mobile broadband.

There has been a lots of perception that 3G broadband can be compared to your Streamyx at home. Well that is totally wrong. First of all, the 3G technology was never built to replace fixed broadband service. It was built to allow faster Internet speed with light surfing on your mobile phone. Fixed line services such as Stremayx was built to handle heavy traffic such as video, heavy downloads and more.

To make their 3G investment more profitable, the 3G operators has extended the 3G Internet access for use on computers. 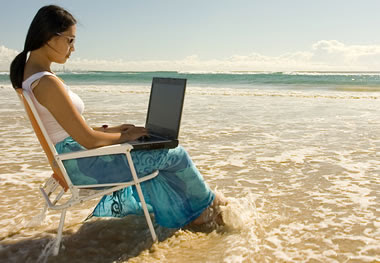 Who should use 3G mobile broadband?

That is why the telcos are limiting the usage of 3G mobile broadband to control the data traffic on the network. This is expected to continue since bandwidth/backhaul/maintenance is expensive on a 3G network.

It is time that the mobile operators put in more effort to educate consumers on this matter rather than thinking of ways to sign up more broadband users and hog up the network.

You can compare Streamyx to a technology like WiMAX since WiMAX is built for Internet.

Are you the right mobile broadband user?

Previous article
Green Packet is hungry
Next article
P1 WiGGY is not Mobile Broadband
Kugan
Kugan is the co-founder of MalaysianWireless. He has been observing the mobile industry since 2003. Connect with him on Twitter: @scamboy