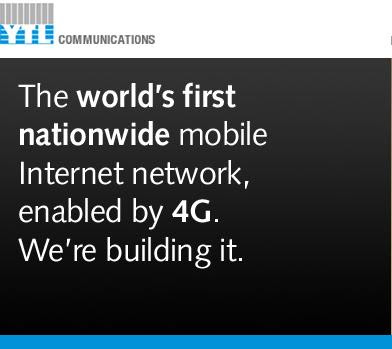 It is really funny when YTL claims that it will have nationwide WiMAX coverage by 2010 when they are only allowed to operate in PENINSULAR MALAYSIA. Also why they are talking about nationwide roll out when it has been 2 years and not even a single base station is open up for commercial use?

Watch this video too- NATIONWIDE ROLL OUT

This WiMAX operator also claims that 3G technology is coming to an end in one the handout given to the media(together with press release), however YTL Communications newly appointed CEO, Wing K. Lee denied that in the press conference.

Tan Sri Francis Yeoh, head of the YTL Group said that in the future Malaysian will be able to use 4G while along the North-South highway without any drop of signal. I wonder how can this be achieved by YTL when the telcos themself can’t do that with 2G. The second generation technology (2G) using GSM900Mhz/1800Mhz is better than fourth generation technology(4G) on 2.3Ghz when it comes to coverage. Good Luck Tan Sri!

Some new developments include their new testing lab for WiMAX devices, upcoming content & device challenge(up to USD1 million to be won) and hundred of sites that has been acquired for base station. Also the company has plans to educate consumers on broadband services, which will benefit those living in rural areas who don’t find the need for Internet access.

YTL’s roll out plans are very promising, yet it remains as word for now. I hope they have settled the RM1.9million fine imposed by Goverment. Thumbs up SKMM! I hope in the next round, you will pull back these licenses that has failed to meet the target.

Check these out too:

Previous article
DiGi 3G in KL
Next article
Green Packet is hungry
Kugan
Kugan is the co-founder of MalaysianWireless. He has been observing the mobile industry since 2003. Connect with him on Twitter: @scamboy