Over 2K YTL base stations are being deployed 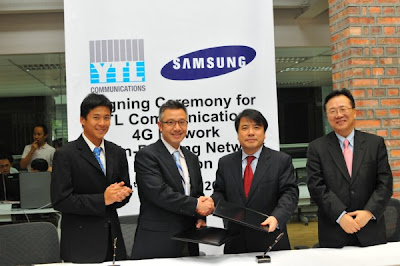 WiMAX operator, YTL Communications Sdn Bhd said in a statement recently that it is currently deploying 1900 WiMAX 2.3GHz base stations nationwide with another 500 more base stations from Samsung that will soon be deployed as well.

Under the latest announcement, Samsung will also supply 2000 units of smaller base stations, or picocells, for In-building network coverage. The latest agreement with Samsung is made to increase the number of base stations for its nationwide network buildout.

Samsung serves as a supplier to 23 major WiMAX operators across 19 countries globally, such as Clearwire in the US, Yota in Russia and UQ Communications in Japan.

Previous article
Nokia X6 16GB available in the US
Next article
DiGi to offer iPhone 3G & iPhone 3GS
Kugan
Kugan is the co-founder of MalaysianWireless. He has been observing the mobile industry since 2003. Connect with him on Twitter: @scamboy