As you may notice my previous blog post, P1 has just announced their new WiMAX embedded netbook. 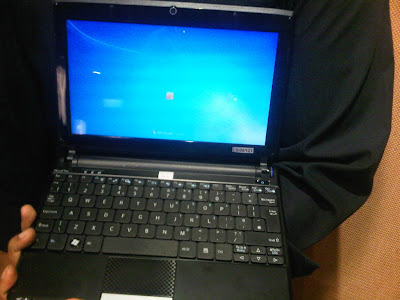 P.s: I will update this post with more pictures of the P1 WiMAX netbook as soon as P1 send me those pictures.