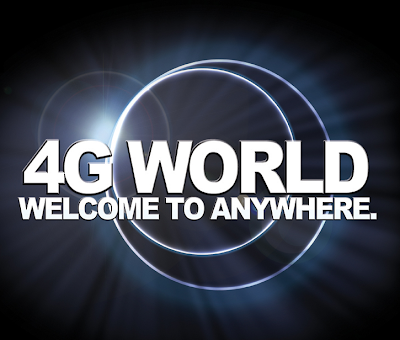 P1 WiMAX, the only WiMAX operator in Malaysia with a significantly sized commercial rollout, was recently in the news with its controversial Potong advertising campaign that invited Malaysians to cut their wired broadband connection and move to their wireless technology.

While the actual subject of that campaign was startlingly bold, there’s no denying that this was vintage ‘Michael Lai’ marketing in action. Michael Lai, who runs P1 currently, is synonymous with bold marketing campaigns in this industry. I credit Streamyx’s current stranglehold on the wired broadband market to his tenure as TMNET’s head honcho. His aggressive marketing campaigns back then were wildly successful. The Streamyx network added so many subscribers that it suffers from congestion and network quality issues till this very day.

In the midst of the Potong uproar, another thrust of its advertising message has gone relatively unnoticed. Sometime last year, P1 also began referring to itself as The 4G Broadband Network. Given that its competitors are all 3G operators, the obvious implication is that P1 WiMAX is an advanced next generation network that can run rings around its competitors.

But is P1 WiMAX really a 4G Broadband network? Well, not in my books and from the research I did on this subject; the wireless industry sides me on this. In fact I can approach this issue from two different perspectives and come up with the same answer!