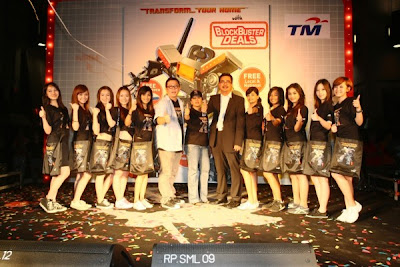 With the new deal:

“Customers will we able to upgrade to HSBB once the service is available” said Jeremy Kung, Executive Vice-President of Consumer, TM. Jeremy added that customers who signed up for the Blockbuster Deal will have to sign a new contract if they want to upgrade to HSBB.

I guess now Streamyx users has more options to upgrade their speed/plans and in the same time lock them self to TM for another year or two.

Previous article
Video: DiGi CEO revelead iPhone on Bloomberg
Next article
DiGi has launched the Blackberry Bold 2
Kugan
Kugan is the co-founder of MalaysianWireless. He has been observing the mobile industry since 2003. Connect with him on Twitter: @scamboy